As they say…New Look, New You! 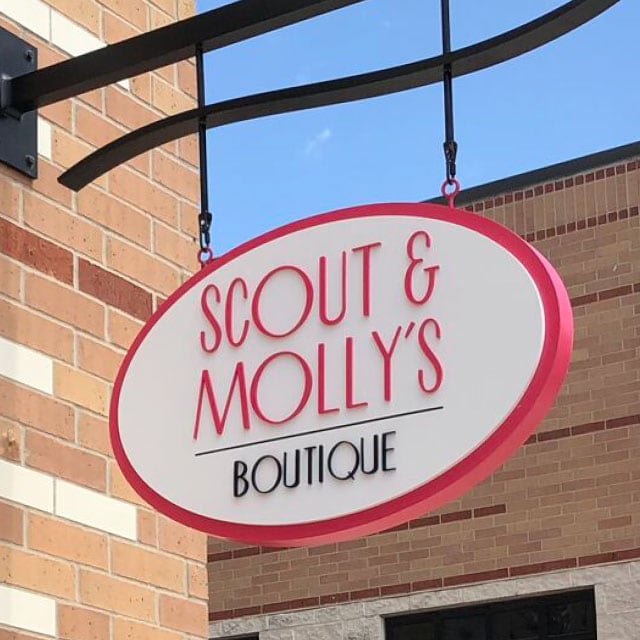 Welcome to the newly designed Scout & Molly’s website! We are so excited to introduce this re-vamped site to help you better navigate our directory of stores, our many clothing and accessory offerings, and to help you understand a bit more about the Scout & Molly’s brand.

We are proud to be a boutique that strives to build relationships with each customer – not just make a sale. With these founding values, we hope you feel at home in your local store and visit often – even if just to catch up on life.

Who are Scout & Molly?

Scout and Molly are Founder Lisa Kornstein’s beloved Labrador retrievers, who, for many years, could be found lounging in her North Carolina store. Lisa also shows her love for animals by involving herself with Saving Grace Animal Rescue – a North Carolina-based non-profit helping homeless animals find permanent, loving homes.

How did Scout & Molly’s begin?

In 2002, Lisa Kornstein achieved her dream. After years of walking into stores and not feeling welcomed or at ease, Lisa, having no real training in the fashion industry, decided to create a boutique that would feel just the opposite – a place where women could feel comfortable shopping, a boutique where they didn’t have to worry about what they were wearing when they walked in the store, an environment where women could count on a friendly face and an honest opinion.

Lisa opened her first Scout & Molly’s in Raleigh, N.C. and a second store in North Hills, N.C. followed in 2007.

The following year, everything came to a halt. Lisa received a diagnosis of multiple sclerosis. Instead of keeping her diagnosis a secret, she told people. And, she received help. Lisa says, “I realized that I had to make a decision. I could keep it a secret and deal with it privately, or tell everyone and be known as the girl with MS. I decided that I was going to tell people…and somehow turn it into a positive.”

While she had to scale back her work hours, her store manager and bookkeeper kept the boutiques running. This gave her time to focus on the business from the back end, which meant deciding to franchise Scout & Molly’s nationwide.

As always, dreams come to fruition with the help and creativity of a support network. Lisa pulled from hers and was able to achieve a bigger dream than she had initially conceived.

Today, Scout & Molly’s has 35 locations in 19 states, with 35 more stores to open over the next nine months. Each is a place where women from all walks of life can feel at home and welcomed.

Thank you for stopping by our new site. Do you have any comments or suggestions?

We’d love to hear them!